← It all began with Florence
Cabarita Park → 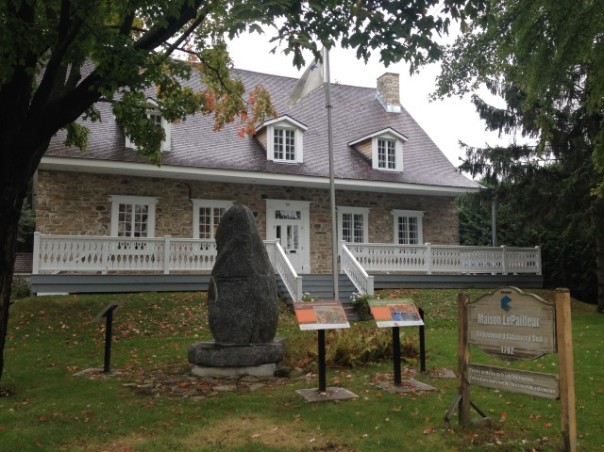 Pierre Marcoux in Canada has kindly sent a photograph of François-Maurice Lepailleur’s family home in Chateauguay near Montreal, Quebec to Canada Bay Connections.

Lepailleur was a bailiff at Chateauguay and a leader in the Canadian Rebellion of 1838. Originally he was condemned to death by a court martial but his sentence was commuted to transportation to Australia. Together with 57 other French Canadian prisoners he arrived in New South Wales in March 1840. They were imprisoned at Longbottom Stockade, near present-day Concord Oval until being granted pardons in 1844.

Lepailleur kept a journal from the time he learnt of his exile until he was reunited with his family some five years later. His journal, published with the evocative title Land of a thousand sorrows (1980), provides an insight into the convict system and Sydney in the early 1840s.

Chateauguay Walk at Cape Cabarita is one of many local place names which reflect Canada Bay’s links with the story of the Canadian Exiles.

← It all began with Florence
Cabarita Park →