← A look back at working life
Discover Yaralla → 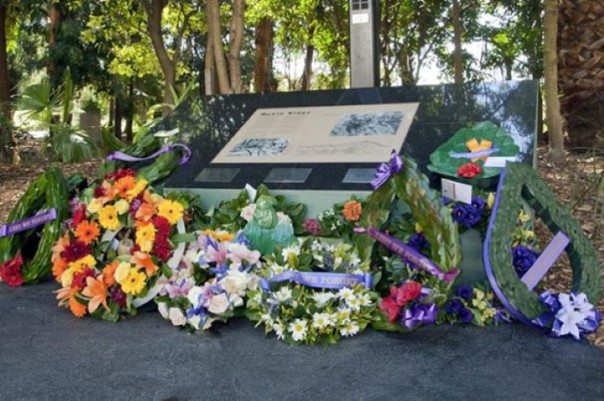 The Second World War ended 70 years ago on the 15 August 1945 when Victory in the Pacific was declared, following the unconditional surrender of Japan. Conflict had ended three months earlier in Europe on the 8 May 1945, known as VE Day (Victory in Europe).

In 1945 there was a thanksgiving service to mark Victory in the Pacific at the corner of Flavelle and Wellbank Streets, Concord near the site of present-day Concord Library. The 70th anniversary will be commemorated by a special service at the Kokoda Track Memorial Walkway on 15 August 2015 at 2pm.

The Kokoda Track Memorial Walkway is a beautiful memorial to veterans of the Second World War, in particular those who served in the South West Pacific. The 800 metre rainforest walk links Concord Repatriation General Hospital, where many veterans were nursed back to health, and Rhodes Railway Station. A series of 22 stations along the walkway highlight places of significance in the New Guinea campaign and pays tribute to the tremendous sacrifice made by Australian soldiers.

← A look back at working life
Discover Yaralla →