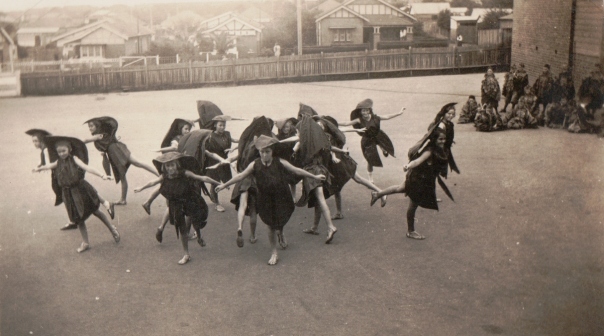 Throughout 1938, a variety of activities were organised to mark the 150th anniversary of European settlement in Australia.

The photograph shows the Sturt’s Desert Peas practising their dance routine in the playground at Strathfield North with a flock of lorikeets (and Correys Avenue) in the background.

A great amount of traffic

To reinforce the point, the above photograph of the improved Concord Road was included in the report.

Another ‘improvement’ to streets in 1918 was changing the name of Mangrove Street to Empire Avenue and Swamp Street to Ian Parade.