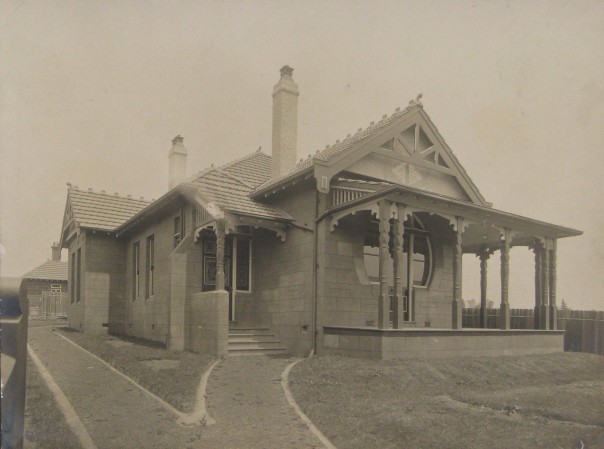 In 1905 Henry Goddard, later a Mayor of Concord, patented a building method called camerated concrete. This method allowed for the walls of a house to be constructed as one joint less cavity wall.

Exhibited at the Royal Agricultural Show, it was claimed to be ‘practically indestructible, absolutely damp proof and better and cheaper than either brick or stone’. This claim has stood the test of time as the camerated concrete homes built in Ada Street, Concord still exist.

The photograph is from an album of original photographs which were donated to Local Studies by architect Robert Irving several years ago. The photographs have now been digitised and can be viewed through the Canada Bay Connections image library.